We are in the house and out of the apt. and on top that we are back to work. On Tuesday we closed on the house and we had the truck unpacked in about 1.5 hours then Kevin and Kev took out the carpet in one of the rooms and I started to unpack the kitchen. We've gotten paper to put down on the kitchen cabinets so that they will be easier to clean and I've started to put everything in place.

Yesterday we finished getting everything out of the apartment and turned in our keys. All is well in the Hollenbeck household!

Hey. Look what I found on Hulu:

I expect you to be good documenters. I want to see before and after shots!

Test Shots from the SD14

If you're interested, there are shots on my .Mac account for you all to check out the raw power of the 14.7 MegaPixel badass.

Kevin and I finally got our pictures! After having to cancel our meeting with the photographer last week because of snow we were able to pick them up this week! And I love how pictures look so much better in print then on the computer!

Just a small bit of sun shine in the world, which is being rained on in our attempts of buying a house, but this is a happy posting so I won't ruin it with the sadness of that tale. 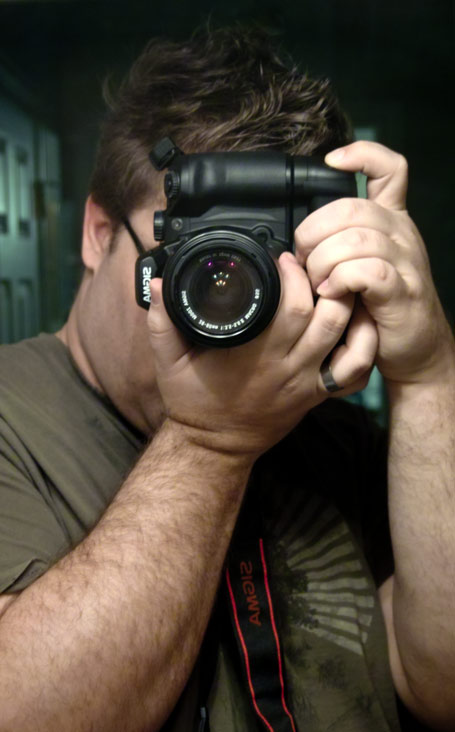 Nothing like a thousand dollar camera for taking a picture of yourself in the mirror, right? C'Mon!

Unfortunately, my new camera has arrived on the dreariest week in the history of North Texas, so there isn't anything really fun to take pictures of (except Jocelyn and Mabel, of course) and I have nothing to show for my fancy new equipment except mirror shots and Jocelyn and Mabel both making "Don't Take Pictures of Me" faces.

So, anyway, I'll start posting pics when I have something to shoot...which will be in a week when I will be photographing the Key Staff of Southwestern Services for their website!

Although I am busier now than I have ever been in the past, I haven't had a whole lot to show you all lately...until right now. ACEP asked me to design a logo for their foundation's 'Keep Your ER Open' initiative, and I, of course, said "Sure."

Click on the thumbnail to be magically transported to the page where I threw up the first-draft logos.

If you'd like, you can let me know what you think.

Paintball SUCKED, but on the upside...

I had two to four eliminations in those games.

If I can hit someone on the break and make a secondary move, I am in like a tick. Try to take me out. I'll make you bleed.

So, that's it. Chase, the one other post-pubescent on our team deserves a lot of credit as well. He played really aggressively...although he also favored his bunkers and made staying in the game his priority over hitting people...but at least he pulled his weight.

So, today is the start of MacWorld...also known as Christmas for Mac Users (or, in my house, "Real Christmas")...and as per usual Steve Jobs' keynote address had a bunch of great news for people who use Apple products (and people who own Apple stock).

Our album is in!!! We are picking it up next week, and I think that the pictures on line are unlocked so anyone can see them if they want!! 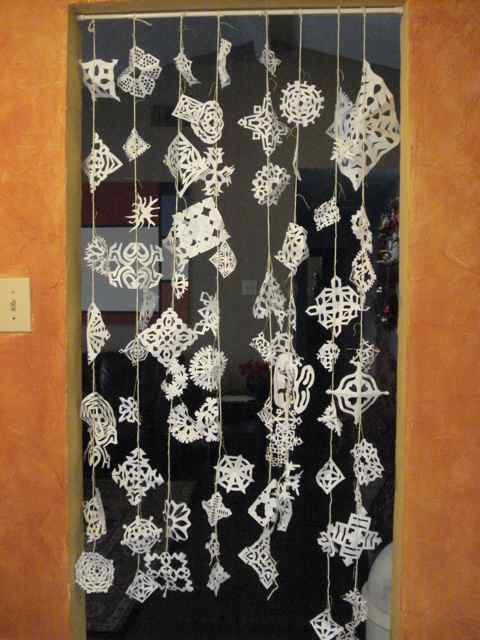 Jon and I made snowflakes! This is the doorway between the family room and Kitchen.