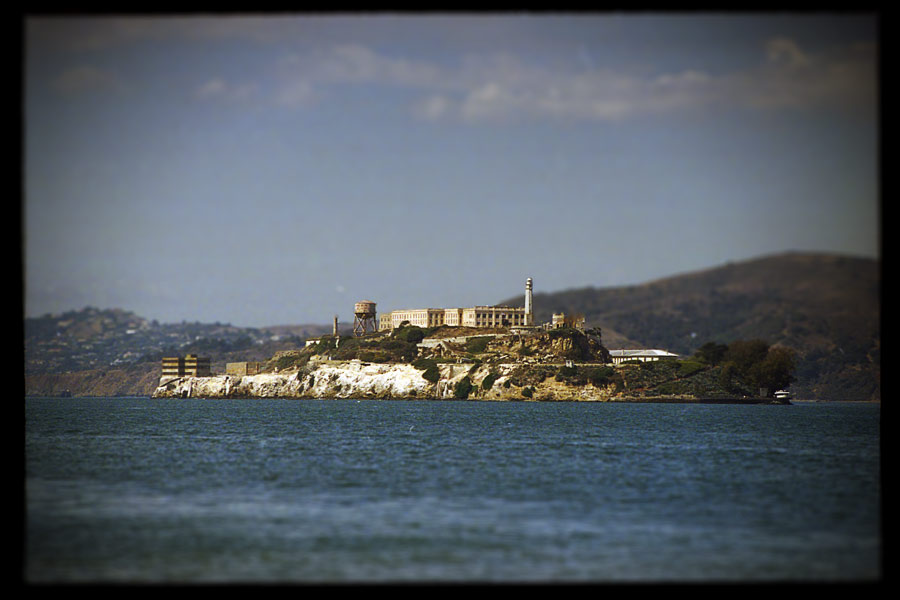 See, this is what I get for writing off Photoshop as a tool for, well, tools when I was in college. I am painfully behind the times in a piece of software that lets me do really neat stuff.

I've actually been learning a lot about Photoshop lately, thanks to the fine, fine folks over at photoshop user tv...and I've come around on the usefullness of photoshop as a design tool, and as a tool for expressing myself. The fact that one can now make non-destructive changes to files makes it all the better...but mostly my problem was the bevy of bad work being produced by people who thought photoshop = design. Enlightenment feels good.

Anyway. I just read a tutorial on how to make a photo look like a photo of a miniature, which I have applied to this photo I took of Alcatraz while I was in San Francisco this fall. What's even cool is that because of my generally expanding knowledge of photoshop, I could go outside the walls of the tutorial and make a genuinely insightful improvement to the technique...which makes me super happy.

I'll include the regular version of the photo after the jump, just for comparison's sake. Let me know what you think. 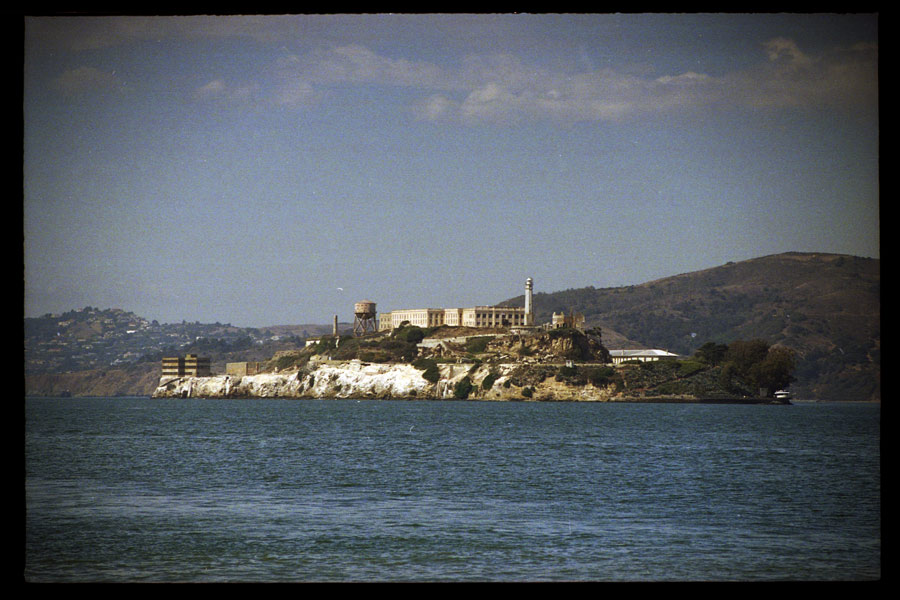