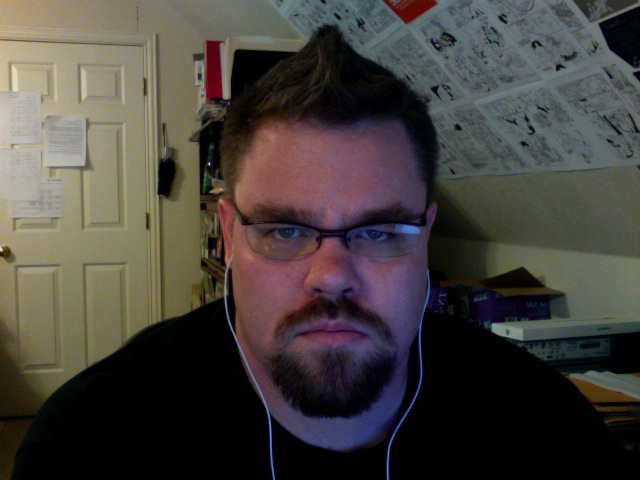 Sometimes I really enjoy being a self-employed designer...because I'm expected to be a little weird, and can therefore be free to have interesting hair and wear jeans and t-shirts and flip-flops all the time.

The faux-hock (spelling?) must be back becuase Kevin got one a coupld of months ago - but it's grown out and he need to get it cut badly!

Fauxhawk, I believe is how you spell it...because you spell MoHawk like, uh, I spelled it.

He's going to get it recut this weekend and then we will take a picture of it!

If you enjoy life so much, why do you look so darned surly in the photo?

Because I am surly, biatch!