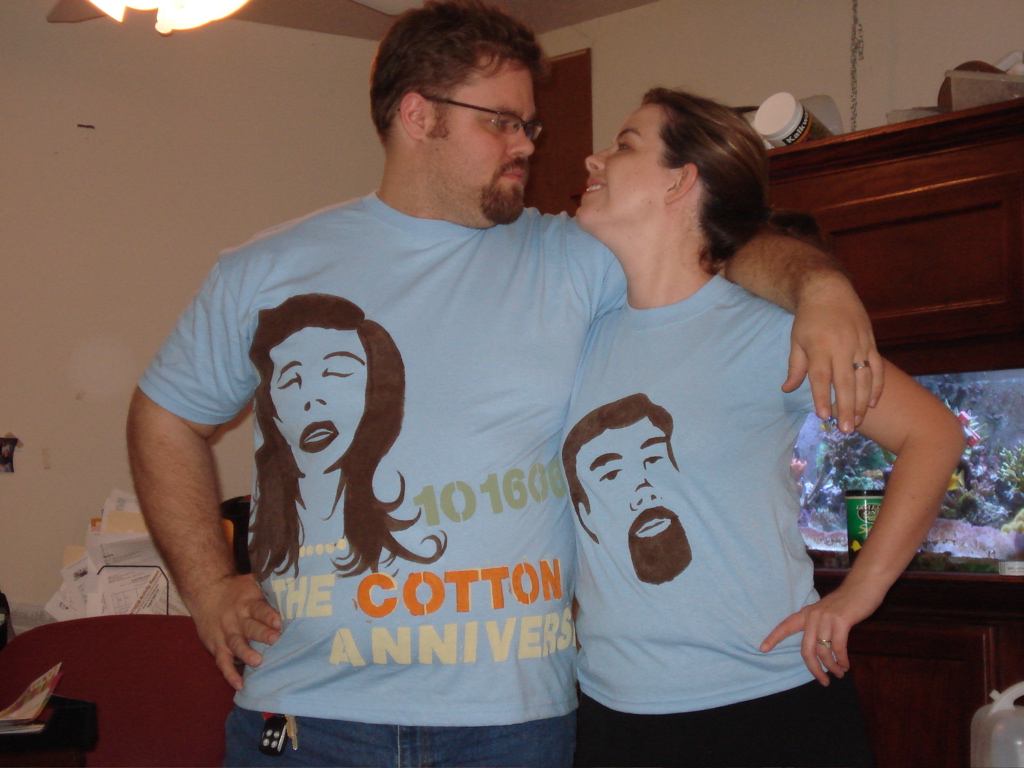 The second anniversary is the Cotton Anniversary. We made T-Shirts. Yay. Jocie will tell you all about it.

Holy crap! These are brilliant! Love the colors...but one could expect nothing less from Mr. Color Theorist 1997-present.
You guys make me think marriage is wonderful.