First of all, let's just start by saying that I had a good birthday. Great birthday in fact. Thank you all. Jocelyn went to play paintball with Keith and I on Saturday. Here, I used my new fancy camera to record photographic evidence: 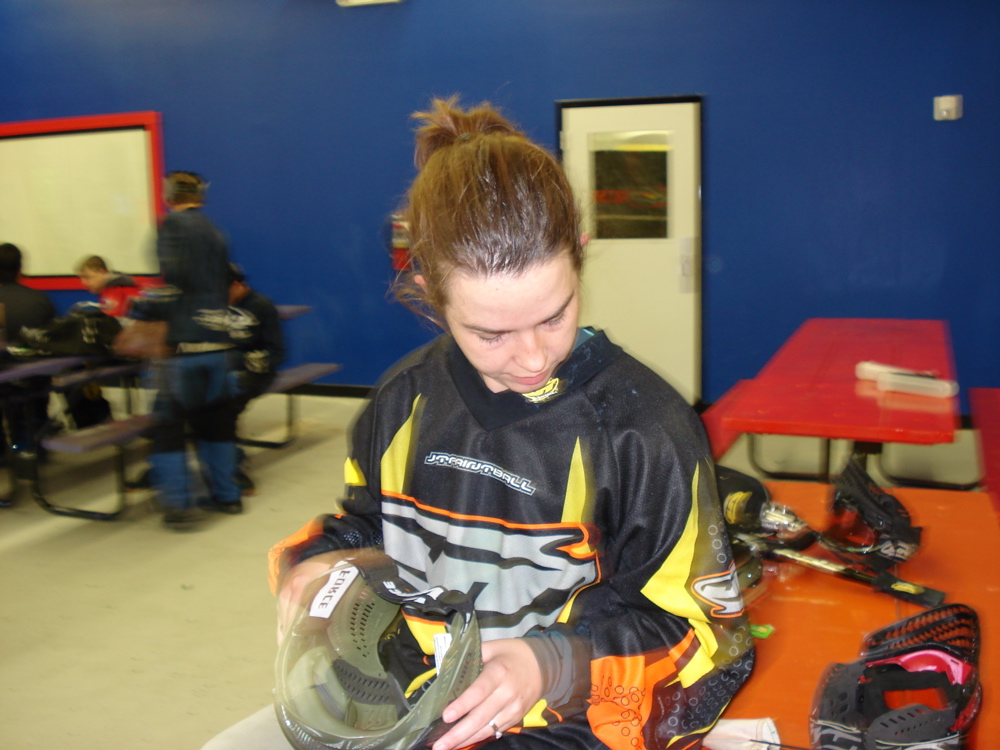 Isn't that cool?!?! My wife kicks ass. We went to a new field in Lewisville, and we had a hell of a time. It's indoor, on Turf, and set up as an XBall field. (Which is a special format/league of professional paintball.) I played so hard that this morning, two days later, I hurt more than I did the day before. I ran so hard I almost puked. I dove head first into bunkers, I ran through the feild shooting people to close out the game. I played like a guy 10 years younger and 150 lbs lighter. I pulled it off too. Although, I am paying for it now.

Then, yesterday, Jocelyn and I went to the mall and went shoe shopping. I got new running shoes. I also got a nice new corduroy sportcoat. I also got fancy orange running socks. I am sure everyone thought I was insane as I was running around the store to test the shoes...but I only by shoes every year or so, so they need to fit perfect. I ain't takin' no chances!

Then Jocie and I went to the grocery store and picked up raw materials for: Make Your Own Pizza Party!

I made ChiliDog Pizza. (I don't really have a trademark, but you better not steel it! Bitches!) 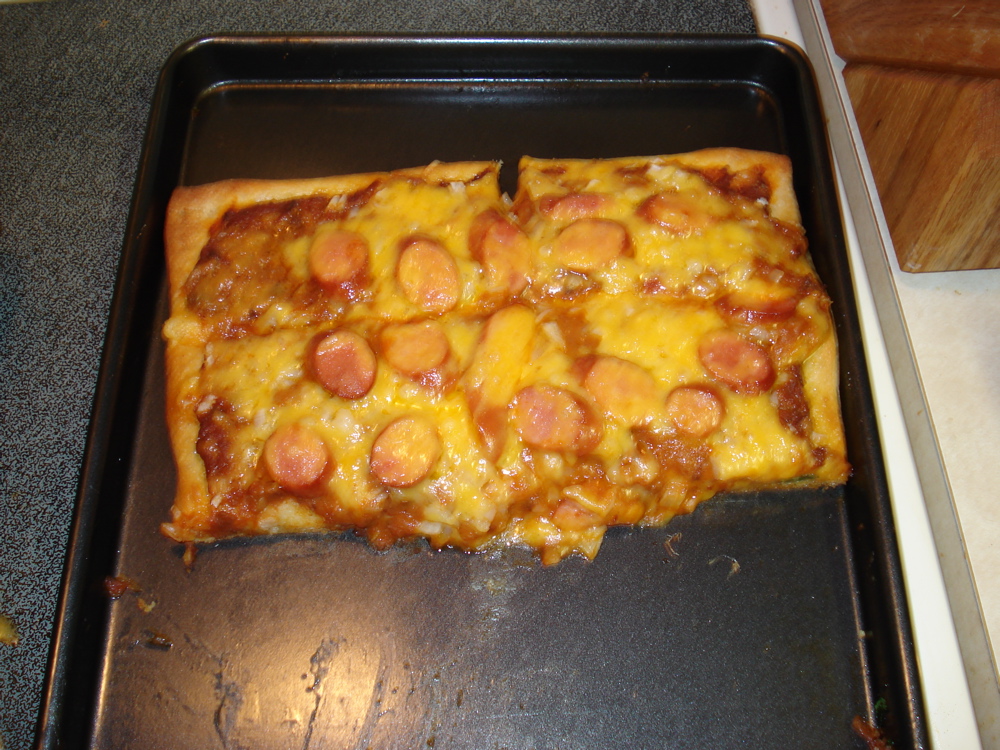 Look at it! It's beautiful! And Tasty! I ate it with Cole Slaw! 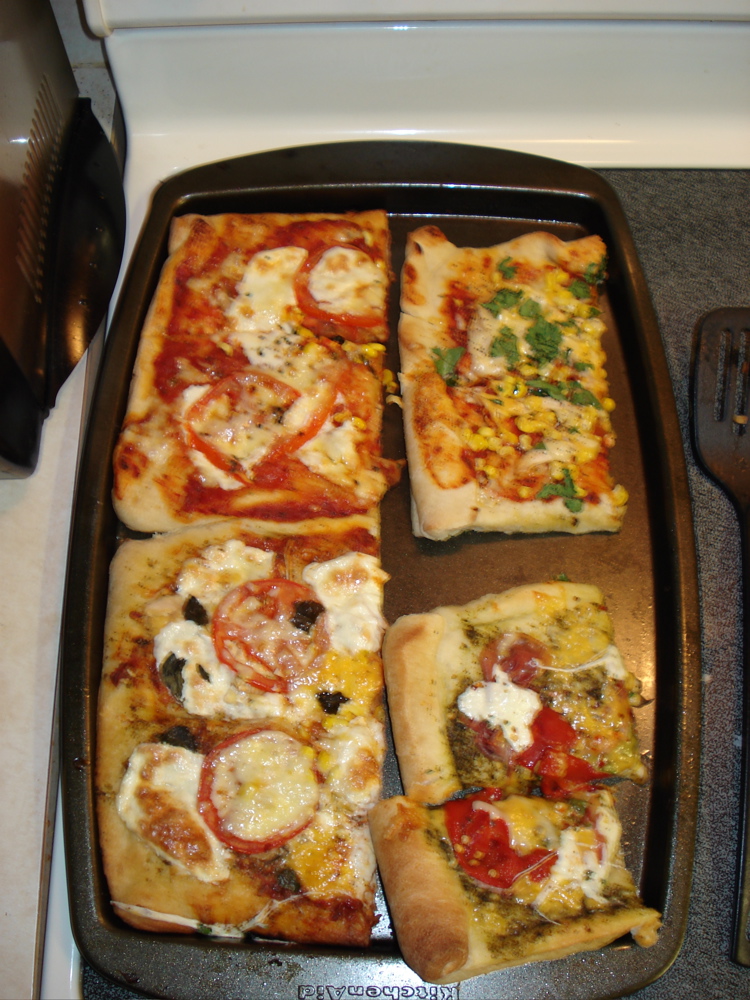 Then we all sat outside and ate our pizzas and drank special birthday wine. (Well, special for me. One was a very nice 2000 Cab, although I cannot remember the vintner. The other was an equally nice Sangiovese. VERY nice. And, oddly enough, perfect for accompanying Make Your Own Pizza.)

After we all ate too much pizza (and for me, a litte cole slaw too), we all went inside and lit the pyrotechnics called my birthday cake, as pictured below: 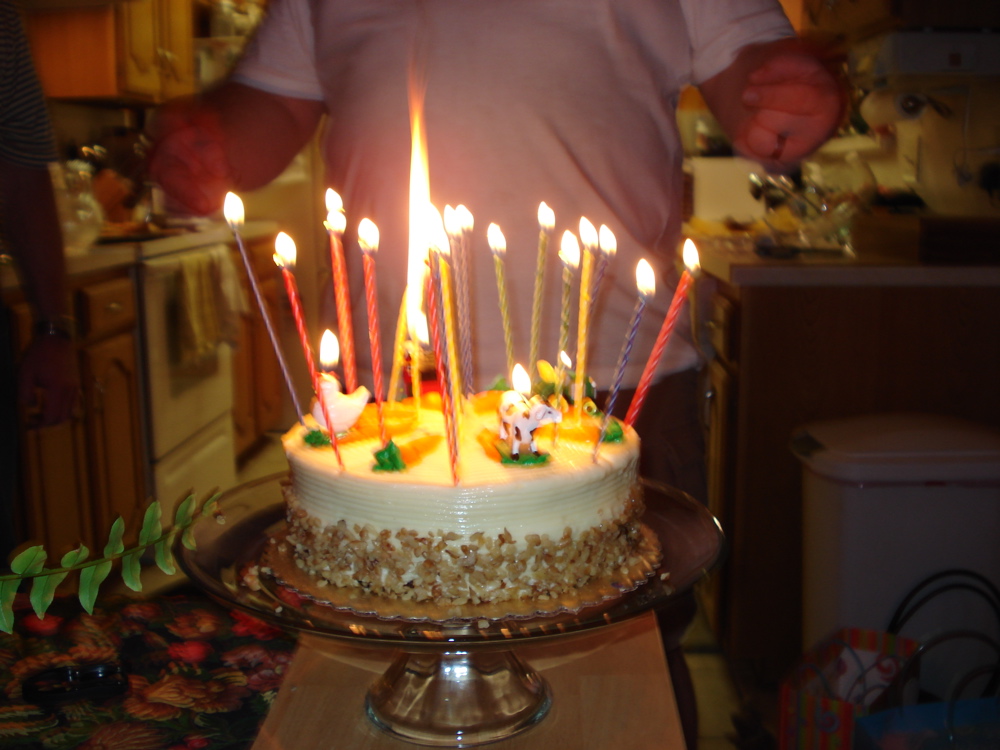 We ate cake. Then, Nancy and Ed and Keith all went home and Jocelyn and I cleaned up a little, then crashed on the couch and watched reruns of Scrubs. Altogether, not a bad birthday. :-) 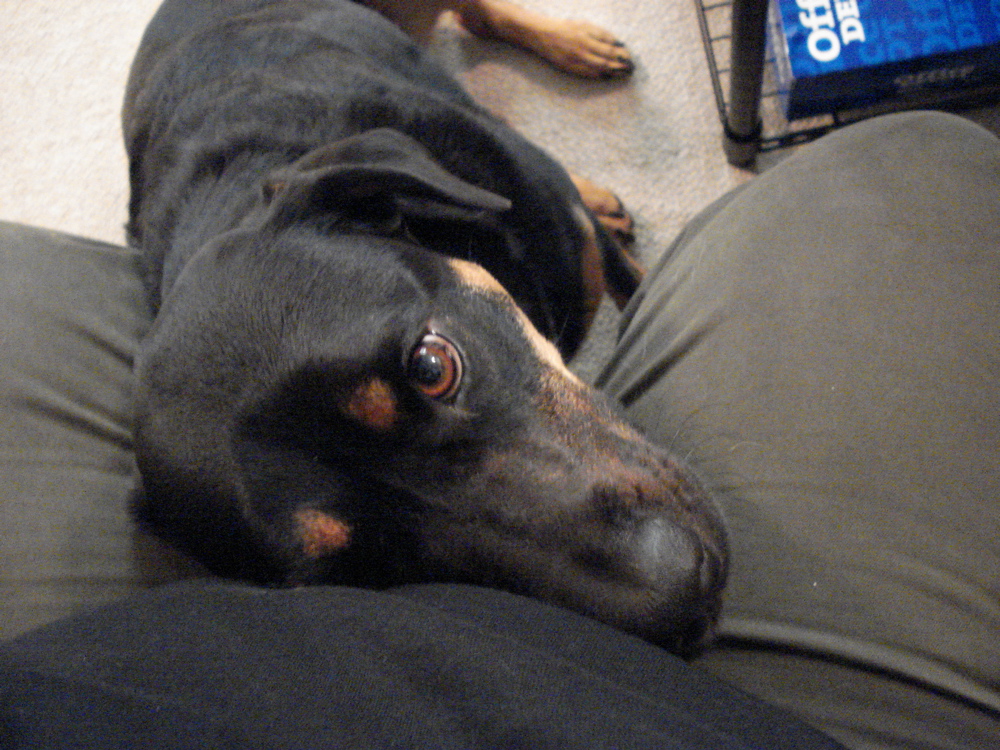 I'd like to embellish my side of the paintball day. 1st, keith got kicked off the beginners team and needed to go to advanced because he was 'too good'. So, the second game I played, I played with the advanced players. Jon said I didn't play like a girl and he was amazed at how well I played. I have some marks from getting hit, but really it didn't hurt and it's fun to look at my bruises.

Jon it sounds like you had a great birthday!! I can't believe that Joc really played paintball. Next time bring a video camera! haha. See you soon.

Okay no one told me when Jon's birthday was so Happy Birthday! And Joss still can't believe you played. Brendan used to get those welt things too it looked like he had cigars exstinguished on him

Happy Birthday Jon!!!
I insist that you bring and wear all of your new flashy pieces of attire for your trip to Chicago.
Orange socks are highly endorsed. Daaaaa Bearsss.